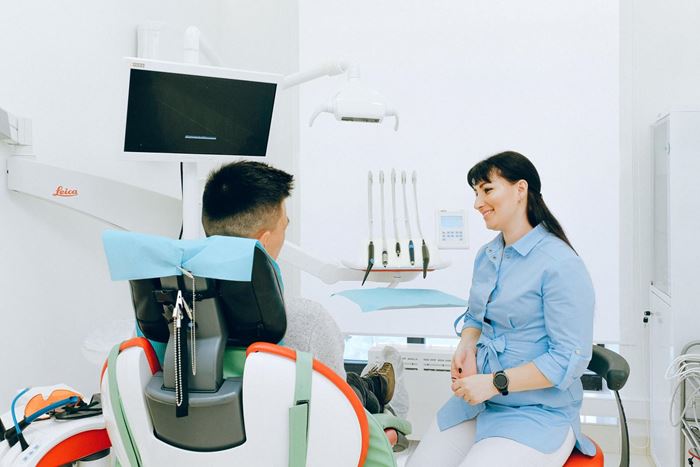 If you’ve been told by your dentist you need a root canal, your first reaction might be to look for any possible alternative. For decades, many people have dreaded the idea of a root canal, associating the procedure with negative perceptions. Fears and misunderstandings about undergoing a root canal are common. Be that as it may, before you elect to yank out a tooth to avoid one, consider some common myths about root canals in order to make the right decision for your tooth and oral health.

In this article, we’ll take a look at 5 commonly held false beliefs about root canal therapy and examine the reality behind these myths. By the end of this article, your mind can rest at ease knowing that root canal treatment is in fact an ideal option in many scenarios where the tooth has the chance to be saved and restored.

This is one of the most commonly held beliefs about getting a root canal. You or someone you know may have memories of a root canal in the past being remarkably uncomfortable. Fortunately, times have changed for the better. Decades ago, it would have been accurate to associate this procedure with pain, while compared to today, the procedure itself is relatively painless.

Advanced technology and anesthetics make it so the experience of a root canal is really no different in terms of pain than getting a filling for a cavity. Dr. Belt is skilled in pain management and knows how to keep you comfortable while the root canal takes place. There can be some soreness during the recovery period, but this is easily managed with over-the-counter pain medication.

Therefore, the fear of pain need not keep you from getting the root canal treatment you need. In fact, if the tooth in question is already aching, having the root canal may be the solution for getting rid of the pain once and for all.

Myth 2: Having a Root Canal Leads To Illness

This myth is perpetuated in various online spaces based on poor and antiquated research dating back over one hundred years. The debunked study suggested that having a root canal puts a person at greater risk of illness because of bacteria trapped inside the tooth, leaching into the body over time. This is a false conclusion. Root canal therapy thoroughly removes the bacteria that caused the problem, sterilizes and seals the site, and allows you to keep and use your tooth for a long time, if not the rest of your life.

Myth 3: The Roots of the Tooth Are Removed During A Root Canal

This one might sound convincing if you have heard it. The treatment’s name “root canal” does not readily reveal much about what takes place during the procedure. A root canal does not involve removing the roots of the tooth. Root canal therapy involves removing the pulp inside the tooth where the decay and bacteria are causing pain and damage. The next step is to have a crown put on the tooth so that you can continue to use the tooth as normal for many years to come. The roots of the tooth are left intact during all parts of the treatment.

The need for a root canal is often discovered after examining a bad toothache caused by decay inside the tooth. So, if a pregnant woman needs a root canal, she is probably experiencing pain and will be relieved to know she does not have to wait. Women can safely have root canals while pregnant. Waiting will only allow the infection to get worse, closing the window for the tooth to have the potential to be restored.

The anesthesia used for a root canal is safe during pregnancy. There are also small x-rays needed, which might give pause to some pregnant women. However, the x-ray is pointed directly at the mouth, avoiding direct radiation exposure to the abdomen. Also, a lead apron can be used over the patient’s body to prevent x-rays from affecting any covered areas. Be sure to let us know if you are pregnant.

Pregnant women needing any kind of dental care, including root canals, should not wait to be treated. During pregnancy, the mother’s body prioritizes distribution of essential minerals and nutrients to the growing baby, which can result in lower reserves for mom. Calcium, an important mineral for healthy teeth, is one example of what can be in shorter supply for mom during pregnancy, meaning her teeth could be more vulnerable and susceptible to dental issues. Therefore, it is important not to neglect dental care while pregnant.

Myth 5: Instead of a Root Canal, It’s Better To Pull The Tooth

Once the tooth is pulled, you have the choice to have an artificial replacement (such as dentures or implants) or simply an empty space where the tooth used to be. Neither of these options is better than keeping a restored natural tooth that has the potential to last you the rest of your life. Your daily functions of eating and chewing will benefit in the long-run from keeping your natural teeth as long as you can.

If you do need to have a tooth pulled, the options for replacement are quite costly and these artificial solutions are simply no match for the original tooth. If you have the opportunity to save the tooth and save some money, just get the root canal. Restoring a tooth this way and caring for it properly can allow it to serve you for the rest of your life.

We have just examined 5 of the most common myths that exist about getting a root canal. Hopefully your mind is more at ease about root canal therapy after reading through these explanations. If you are in need of a root canal, do not delay. You now know that root canals are not painful, do not cause illness, are safe to get, and can improve your oral health. Have the treatment and enjoy the benefits of using your own tooth for years to come.